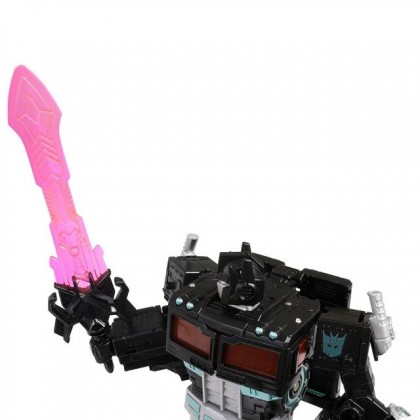 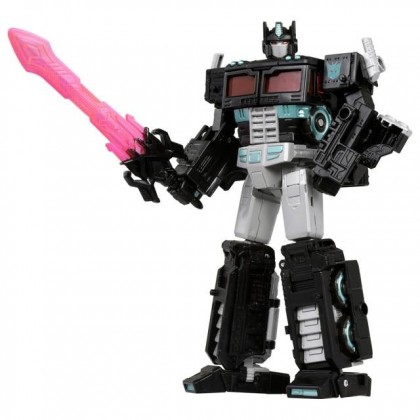 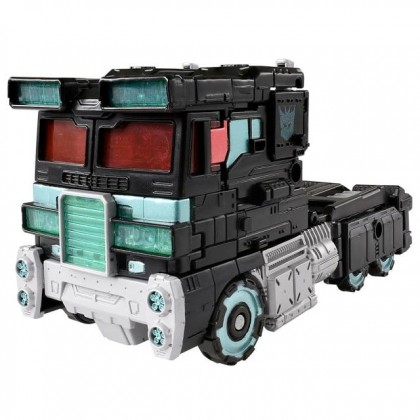 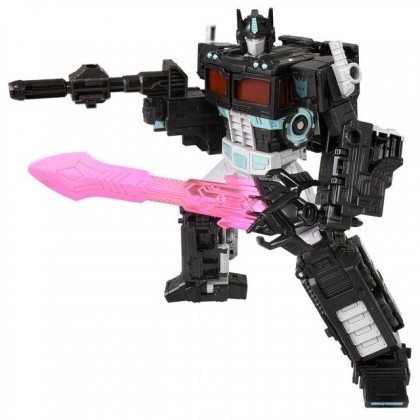 "SIEGE" is a realistic battle scene with a wide range of joint motion that reboots popular characters from TF history, effects parts, weathering, 3mm bosses and 5mm holes that can be equipped with weapons and effect parts. It is a completely new series that reproduces the battle of super-robot life forms unfolded on their mother planet, Cybertron stars, with the new TOY concept! Nemesis Prime is transformed from robot mode to vehicle mode (trailer type). In addition to the gun that came with SG-06, two new swords are included.