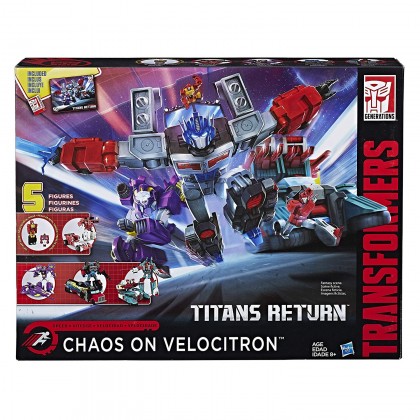 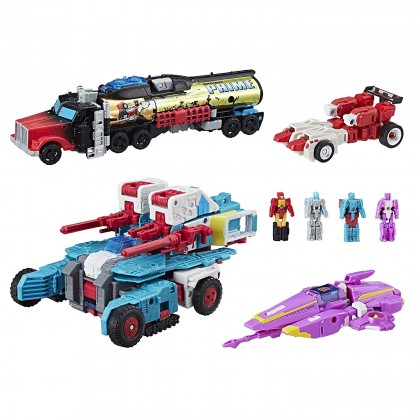 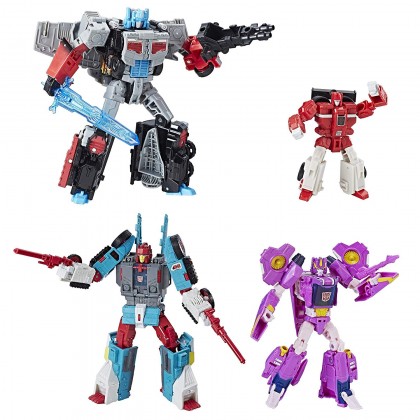 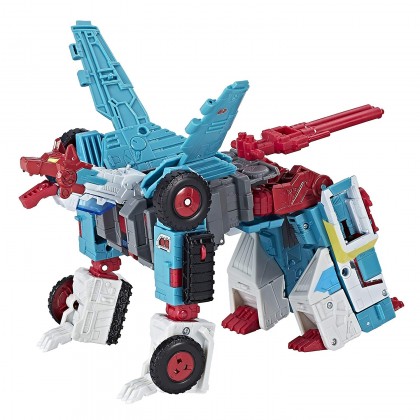 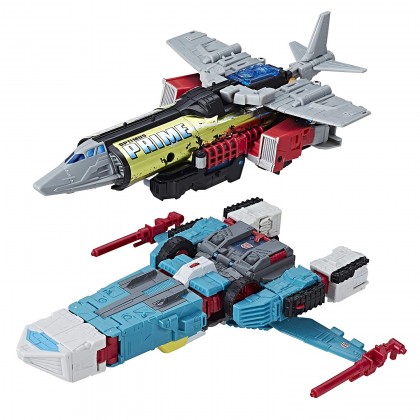 Imagine the fastest bots in the universe racing for the ultimate prize in this Titans Return all-in-one Speed Pack. The 5-figure Chaos on Velocitron set features a figure at each Titans Return scale: 1 Leader Class, 1 Voyager Class, 1 Deluxe Class, 1 Legends Class, and 1 Titan Master figure. The Titan Master figure becomes the head for the Deluxe, Voyager, and Leader Class figures.
The pack features five special edition figures, including a special edition Titan Master figure with diecast parts, and a special edition Legends Class clone character figure available for the first time since 1987.
It's Chaos on Velocitron as the fastest bots in the universe race for dominion over the power of speed. Rodimus Prime and the Autobots must prevent the power from falling into the hands of the sinister Decepticons.