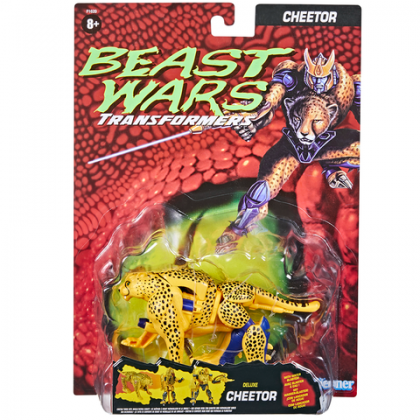 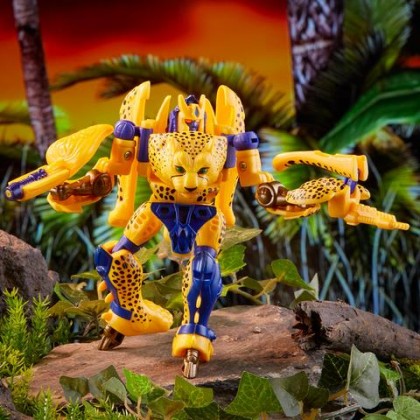 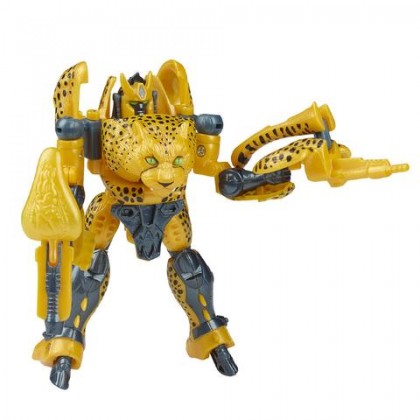 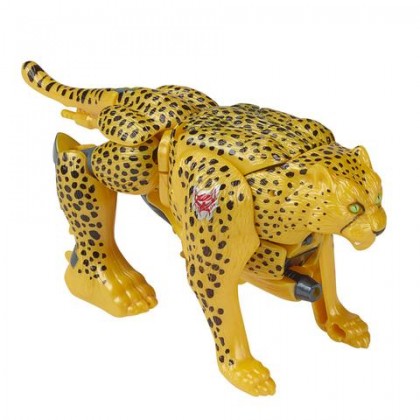 (Re)start a vintage Beast Wars collection with this Transformers: Vintage Beast Wars Cheetor figure! Inspired by the classic 90s toy, Cheetor is designed like the original version -- including figure styling, packaging, and art from the 1996 Beast Wars releases, plus classic tech specs and accessories. Figure features green eyes in the style of the 1997 toy release.

Like a bolt of greased lightning, Cheetor strikes fast and strikes hard. Quiet and confident with incredible reflexes, he is equally efficient when battling in robot mode or in his artificially enhanced organic earth form. Cheetor constantly stalks the jungle in search of Predacon enemies, daring them to challenge him and his laser-powered quasar cannon.

Cheetor figure comes with 2 blaster accessories and converts from cheetah to robot mode in 9 steps.

Clip out and save the on-box tech specs to share, then see how this figure stacks up against other heroic Maximals and evil Predacons (each sold separately).