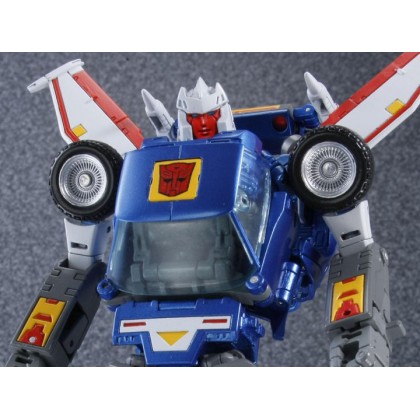 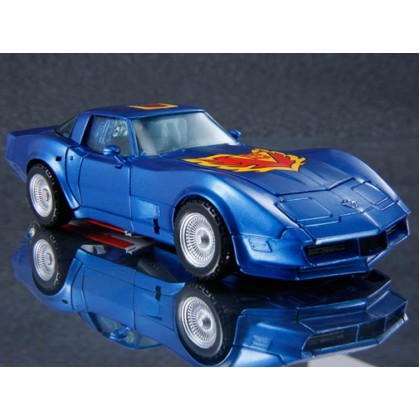 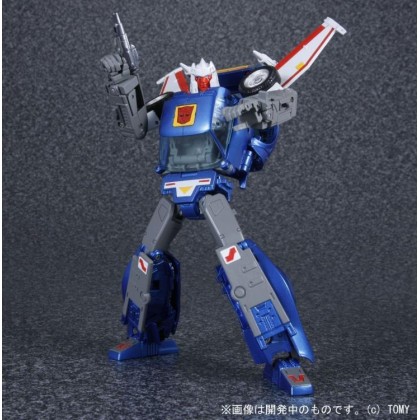 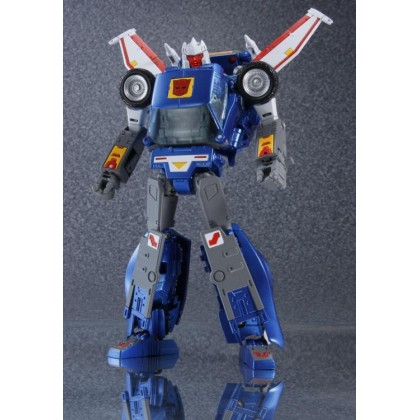 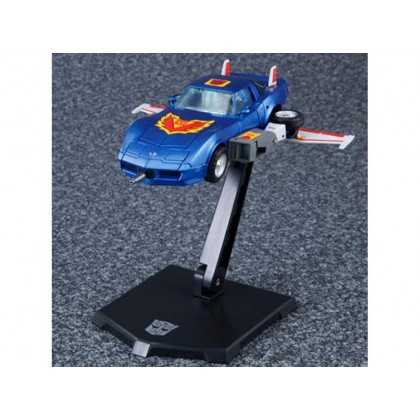 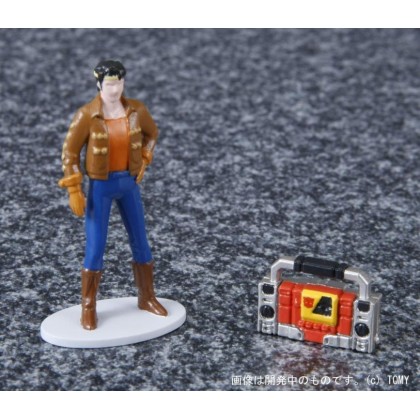 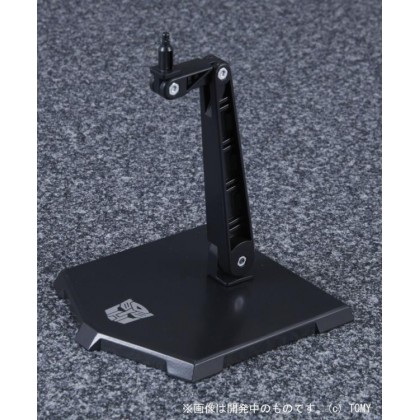 Next up in Takara's amazing Masterpiece Series is the MP-25 Tracks! He transforms from Chevrolet Corvette to a great looking screen accurate robot and can even fly in vehicle mode by deploying his hidden wings. Both robot and vehicle mode are in scale with the rest of the Autobot cars and other Masterpiece figures. Tracks is a narcissist that believes his fellow Autobots are merely jealous of his sleek sports-car design. Armed with heat-seeking incendiary missiles and a powerful and blinding black beam gun that negates light, he can strike his enemies in complete darkness and still hit his target. His prowess on the battlefield is hampered by his desire to preserve his stylish appearance as does his unwillingness to work with others.