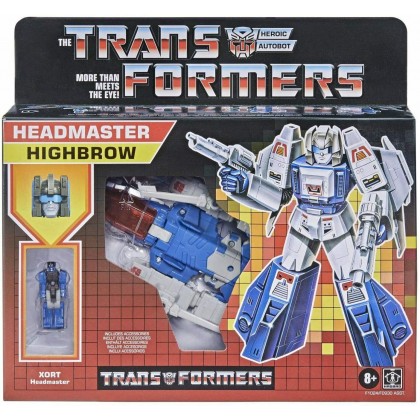 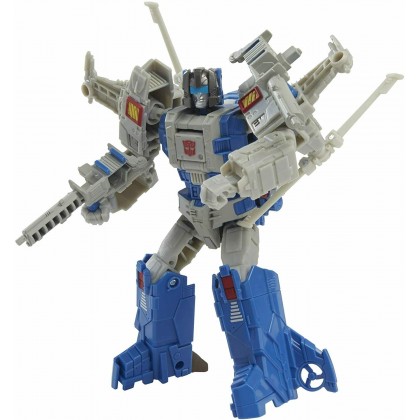 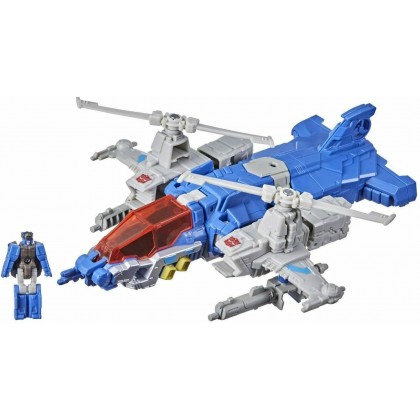 Transformers Generations Toys Deluxe Retro Headmaster Highbrow Collectible Action Figure - Adults and Kids Ages 8 and Up, 5.5-inch. Experience the figures that started it all. This Transformers Retro Headmaster Highbrow figure is designed like the original G1 version -- including figure styling, packaging, and art inspired by the 1987 G1 releases, plus classic tech specs and accessories. (Re)start a vintage Transformers collection with this Highbrow figure. Highbrow would rather talk about differences than fight over them. He finds warfare primitive and barbaric, so he preaches endlessly about his views with big words no one understands. His binary-bonded partner, Xort, is as cheerful and courageous as Highbrow is self-righteous. This Highbrow figure converts from robot to a helicopter mode with spinnable propellers in 12 steps. Highbrow figure's head converts into Headmaster Pilot Xort figure. Comes with 2 blaster accessories. Clip out and save the on-box tech specs to share. Look for other Retro Headmaster figures and see how your figures stack up against each other.