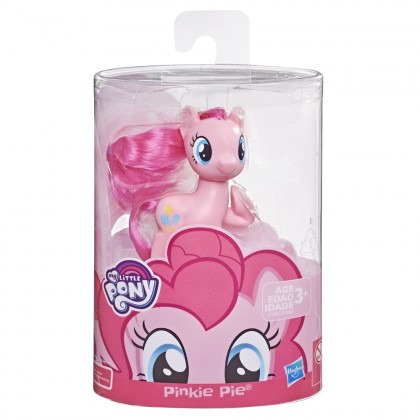 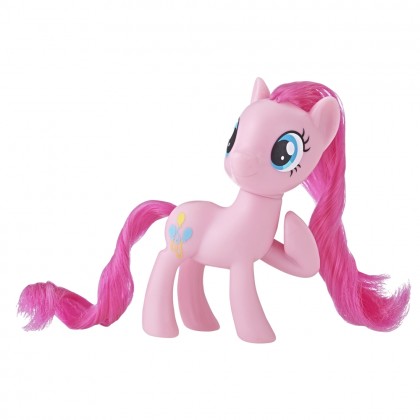 Pink hair inspired by her character in the My Little Pony: Friendship is Magic television series

Inspired by the look of the Pinkie Pie character in entertainment

Collect a rainbow of colorful friends with My Little Pony Mane Pony figures (Each sold separately. Subject to availability.)

Everypony knows Pinkie Pie is the life of the party at all the celebrations in Equestria . . . there’s a pretty good chance she’s the party planner behind all of them, too! Cheerful and playful, Pinkie keeps her pony friends laughing and smiling all day. Inspired by the My Little Pony: Friendship is Magic television series, this My Little Pony Mane Pony 3-inch Pinkie Pie pony figure has pink hair that appears bubbly and bouncy. She is a pink pony figure with her signature cutie mark: 3 festive balloons. Pretend she’s galloping into any gala with a bubbly personality and party style! This is a great pony figure for kids who are beginning their My Little Pony collection and long-time fans alike! Also look for My Little Pony Mane Pony Fluttershy, Rainbow Dash, Applejack, Twilight Sparkle and Rarity to collect a rainbow of colorful friends! (Each sold separately. Subject to availability.)

My Little Pony and all related characters are trademarks of Hasbro.