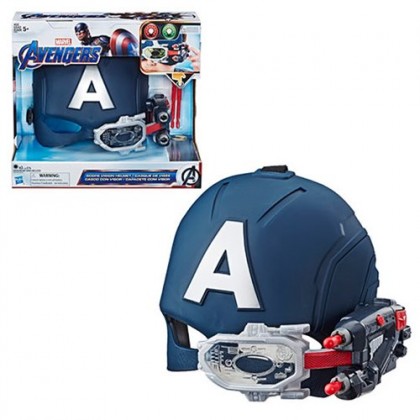 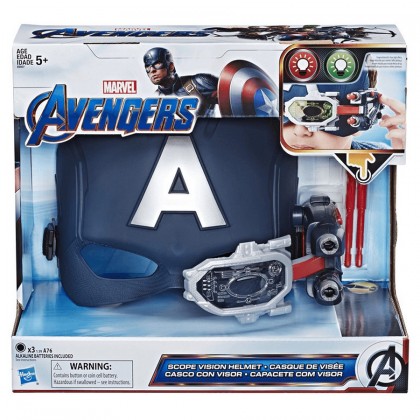 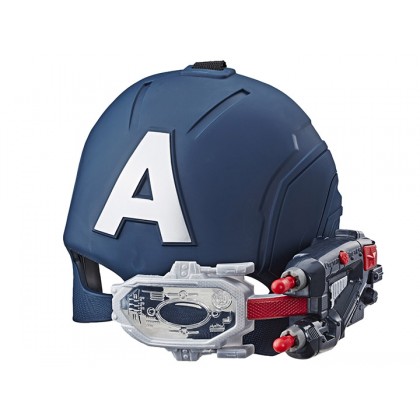 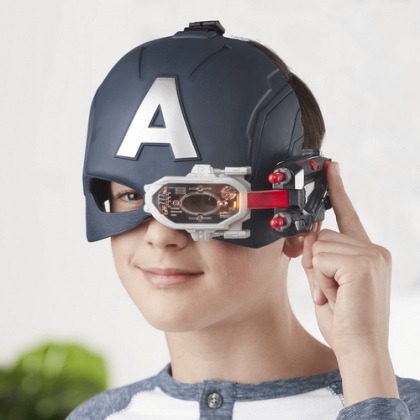 Gear up with the Captain America Scope Vision Helmet and imagine launching into target practice like Cap himself. This Scope Vision Helmet includes a 2-color light-up vision scope that helps with more precise targeting. When the hero-in-training presses the button on the helmet that sends the included projectile launching, imagine Captain America's opponents won't know what hit them!
There’s more to being a Super Hero than capes and fancy suits. Being a super hero is about defending justice and knowing when it’s time to fight as a team! Kids can imagine powering up for action alongside their favorite super heroes, like Iron Man, Captain America, Spider-Man, Black Widow, Hulk, Black Panther, Thor, and more, with Avengers figures and roleplay (each sold separately)! Avengers, Assemble!