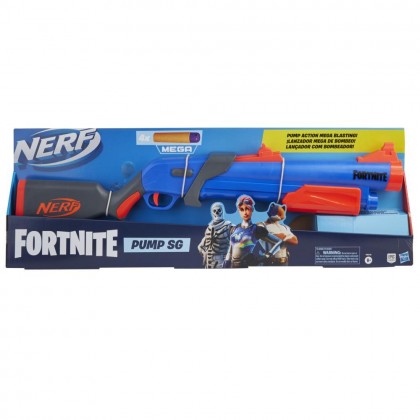 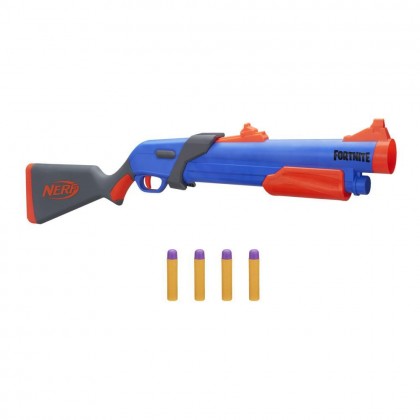 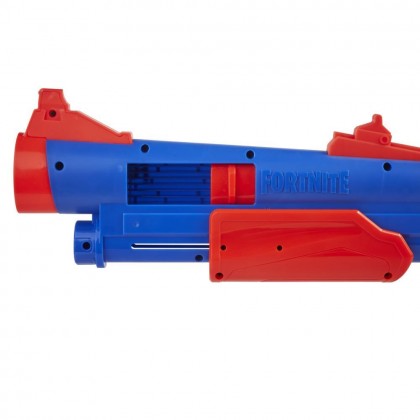 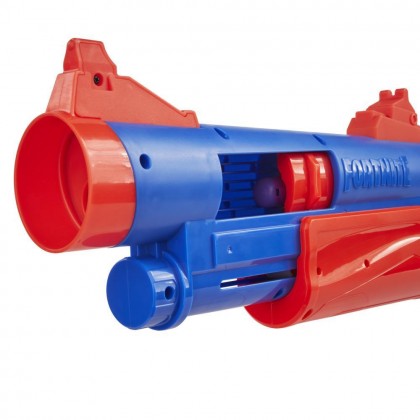 • DART-BLASTING FORTNITE BLASTER REPLICA: This Nerf Fortnite Pump SG blaster is inspired by the equipment used in Fortnite, capturing the look of the one in the popular video game
• PUMP ACTION MEGA DART BLASTING AND 4 NERF MEGA DARTS: Fire a big Nerf Mega dart with pump action blasting to dominate the map -- comes with 4 Official Nerf Mega darts
• BREECH LOAD BLASTER: Load 1 dart into this breech-load blaster by opening the door on the side and inserting 1 dart inside -- load, fire, and reload to keep on battling

• Ages 8 and up
• TO AVOID EYE INJURY:
• WARNING: Do not aim at eyes or face. Use of eyewear recommended for players and people within range. Use only official Nerf darts. Other darts may not meet safety standards. Do not modify darts or blaster.
• WARNING: CHOKING HAZARD – Small parts may be generated. Not for children under 3 years.

Inspired by the equipment used in Fortnite, the Nerf Mega Pump SG blaster captures the look of the one in the popular video game. Fire a big Nerf Mega dart into the battle and dominate the map! It's easy to get ready for action: Open the door on the side of this breech-load blaster, load 1 dart inside, pump the slide backward and forward to prime the blaster, and press the trigger to send the dart flying through the air. It comes with 4 Nerf Mega darts so you can load another dart and keep on battling. Hand-powered by you -- no batteries needed. Eyewear recommended (not included).

Copyright Epic Games.
Hasbro and all related terms are trademarks of Hasbro.