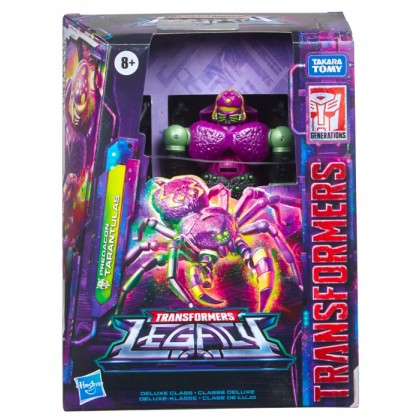 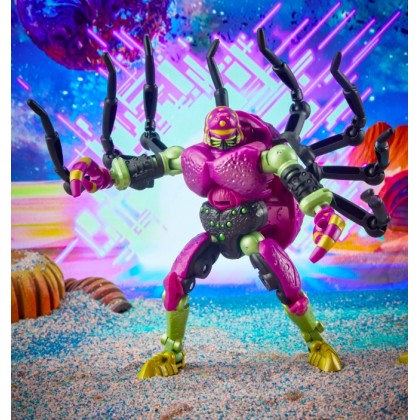 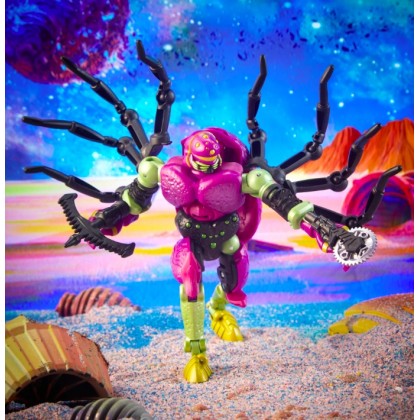 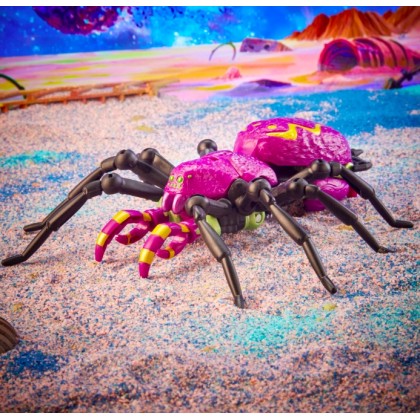 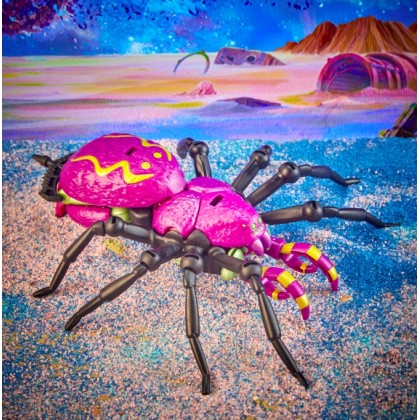 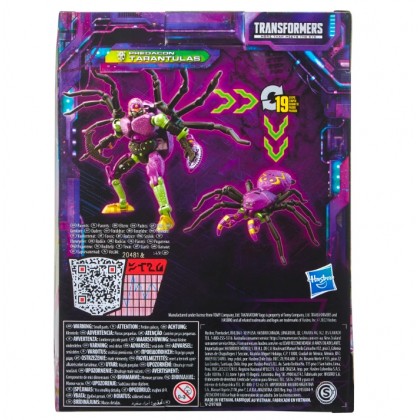 Harness the power of Energon with the Transformers: Legacy Deluxe Predacon Tarantulas robot toy! Those who wander into the lair of Tarantulas find themselves facing his fangs. Or worse, they become the subject of his mad science experiments.