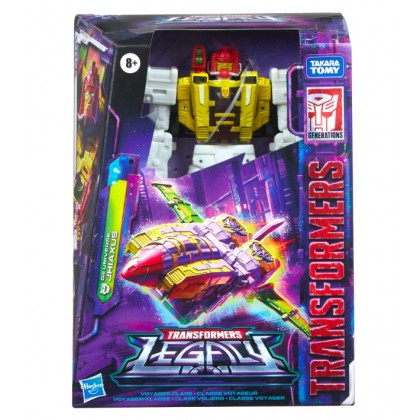 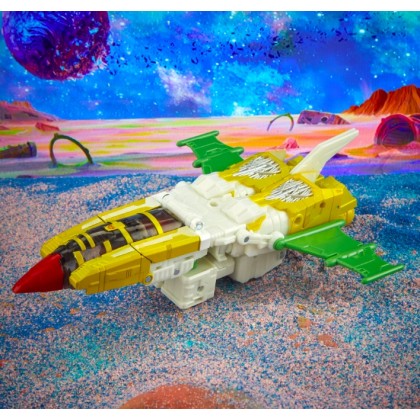 Harness the power of Energon with the Transformers: Legacy Voyager G2 Universe Jhiaxus robot toy! Jhiaxus is a calculated strategist, with a vision of a united Cybertron spread across the universe.